This piece first featured on Shaz’s Book Blog, as part of the Alice’s Secret digital launch blog tour, but here it is again, this time with photos.

Cakes and baking play a major part in the modern-day narrative in Alice’s Secret. Alys, our contemporary heroine, has left London for Yorkshire to help her aunt run her café – the Celestial Cake Café. She wants to bring a few recipes of her own to the venture – lemon poppyseed cake is one that she is trying to perfect throughout the novel but you’ll also find chocolate chiffon cake, Victoria sponge, lemon drizzle, brownies (below) and flapjacks on the café’s cake stands. 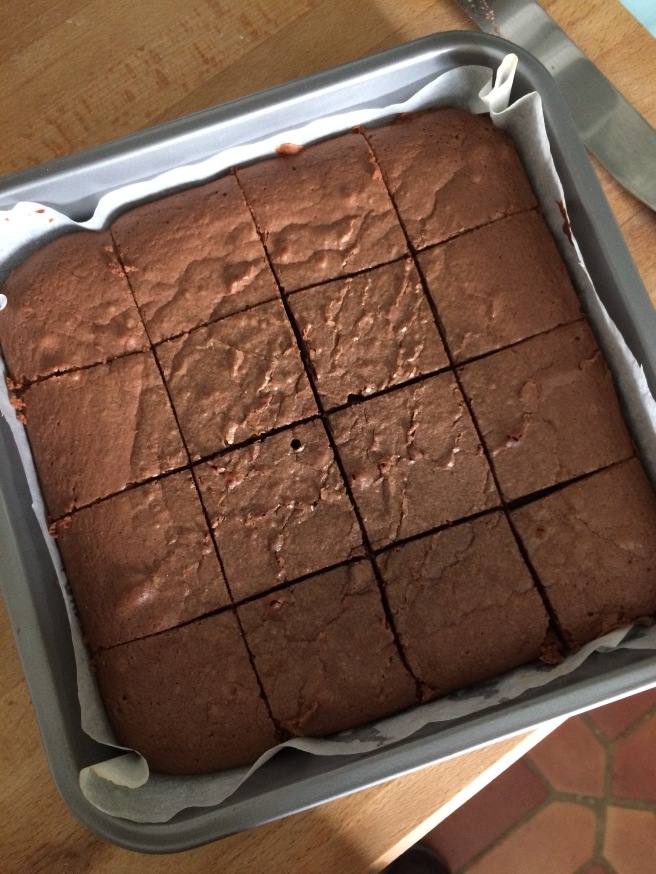 Baking was a big part of my own upbringing. Before my Mum went back to work full-time she use to bake once a week – I can remember gingerbread topped with toasted, flaked almonds; fruit loaf; walnut loaf; chocolate cake sandwiched with chocolate buttercream; scones and a kind of bakewell tart that she made in swiss roll tin and then cut into fingers. In addition, she always made puddings at the weekend – plum, rhubarb and apple crumbles and pies and, when she was back at work, a quick weekday trifle: slices of shop-bought swiss roll and tinned fruit with custard poured over the top, refrigerated. In those days, it was still considered a treat to have tinned fruit and evaporated milk as a dessert after Sunday tea.

When I was old enough, I wanted to bake too so I started out with packet mixes for what we called buns but are now known as fairy cakes, and chocolate and vanilla sponges. They were very light in texture when baked but I can still remember the odd, synthetic smell of the ingredients when you opened the packets. On Sundays I made ‘ice cream’ by boiling a tin of evaporated milk, whisking in sugar and flavouring using our new blue-and-white Kenwood mixer and then freezing the mixture.

The result of all this is a sweet tooth, of course! I can’t resist a slice of cake whenever I’m in a café and I’d happily skip a main course when I eat out, in favour of a starter and a dessert. I’m often disappointed by the café cakes, though – too dry, too sweet or sickly – but I struck lucky only last weekend with a simple and delicious un-iced chocolate sponge, sandwiched with buttercream and almost as good as the one Mum used to make!

Now, with my own children grown up and gone, I only make cakes and desserts to take along to friends and family otherwise the danger is that I would eat my way through the lot. Today’s baking repertoire consists of clementine cake, Nigella’s chocolate cloud cake, chocolate brownies and a vanilla sponge, usually filled with raspberries and cream and dusted with icing sugar.

If this listing of cakes has made you salivate, you’ll be pleased to know that the recipes for some of the cakes and biscuits that I’ve mentioned feature in Alice’s Secret, like the cardamom shortbread (below). Happy baking! 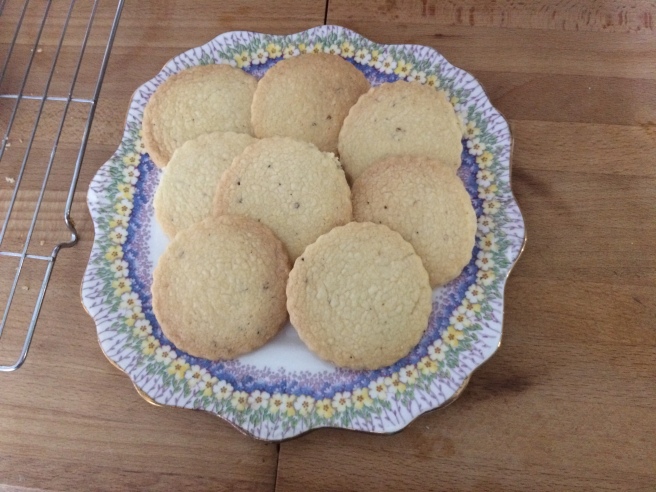