‘April is the cruellest month’ according to TS Eliot and there were certainly times this month when that felt only too true. It started though, with Easter and babies – well, one baby, lots of photos!

Spring was slow to get going but the bulbs were poking through in the pots (Spring squill and Rip van Winkle daffs), while a trip to Goodnestone under grey skies found the magnolias in full flower, amazing Larch (?) cones and carpets of primroses on the banks. (Magnolia stellata is on my wish list for next year.)

Mid-month brought a burst of heat – suddenly we were up to 25 degrees, and the cool of the trees was welcome on a walk to Kingsdown, while a glass of rosé in the garden after a day’s writing was the perfect end to a week.

On a walk along Deal seafront on a bright day I spotted houses painted in the perfect colour for my hall walls – which I’ve only just this month painted grey and can’t face doing it again… And I drove myself slightly mad in a constant quest for paving for the patio, finding the right colour embedded in mixed packs but never on its own. (Had to compromise in the end.) 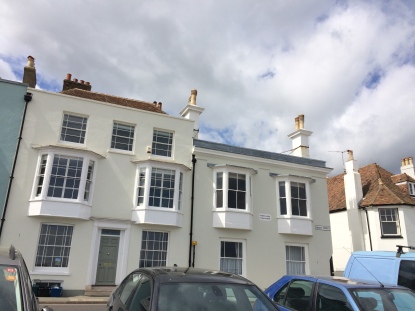 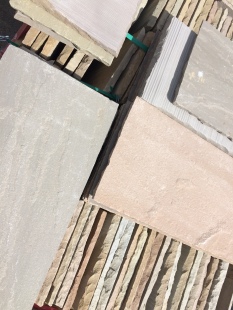 The heat brought out the oil seed rape planted in the fields all around me, and on 25th of April I saw the hawthorn in flower along a particularly sunny hedgerow. I turned to hanging CDs (Apple ones, appropriately) in the quince and cherry trees to ward off the sparrows who destroyed the cherry blossom buds last year. It worked – this year the cherry tree was in bloom, although it was to be short lived.

A short story of mine appeared in Love Sunday magazine, a section of the Sunday People. Not sure that it worked as publicity for Alice’s Secret but at least I can say I’ve been published in a national newspaper! 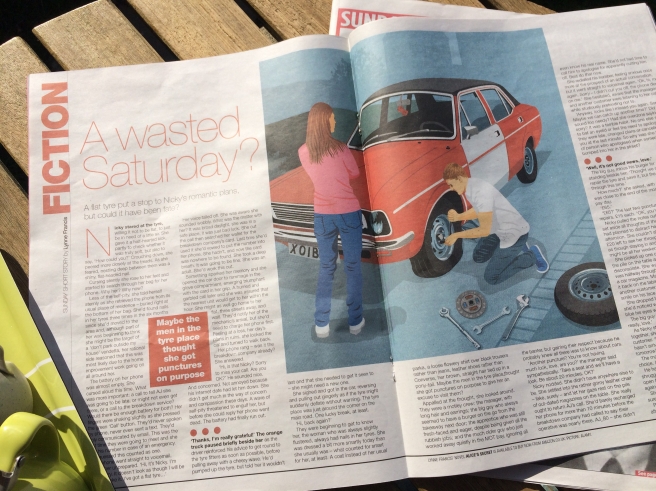 The weather turned again, back to normal spring temperatures, and towards the end of the month I went to Margate to see the Journeys with the Wasteland exhibition at the Turner contemporary. I would have preferred to see much more about Margate at the time of his sojourn there and more paintings from the era (like the one by Paul Nash),­ while the best bit for me was the Promenade newspaper produced for the exhibition by the students of Canterbury UCA. I thought the content was brilliant and  deserving of being up on the walls in the gallery.

One of the bad things about the month was my daughter losing her best friend and companion in Goa, her dog Chulo. He took himself off on walkabout, was spotted a couple of miles away and then vanished for five days, during which she was distraught and feared for the worst and the stress levels here were almost as high. He was found, thankfully, after five days having worked his way back close to home. Injured, dehydrated, hungry and exhausted but alive. It hasn’t been straightforward nursing him back to health, however, but at least he’s safe.

The weather at the end of the month brought the jumpers back out again. I took a trip to Harrogate to celebrate a friend’s big birthday with a fabulous Italian meal in very good company, followed by a trip back to London and more baby worship! The last day of the month produced a massive storm with high winds and a whole month’s rain in one day. Bye-bye cherry blossom – and hello to over a week with internet speeds those of a geriatric snail, due to water getting into some wiring… 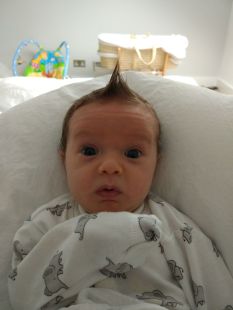