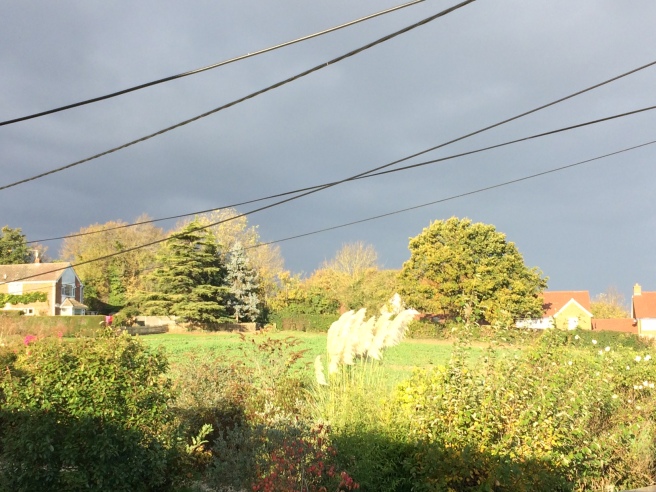 My over-riding impression of November was that it was a gloomy month. Yet I do remember a summary of the month’s weather saying it had been brighter than average! We clearly had some good days, because I pruned the roses and picked the remaining blooms. And there were some brisk, crisp days of autumn colours and leaves to kick through when out walking. 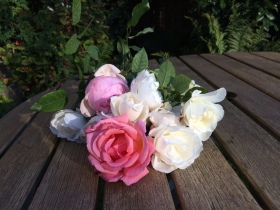 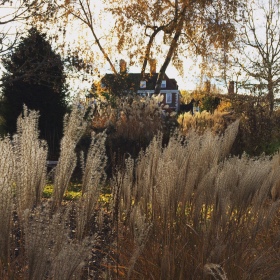 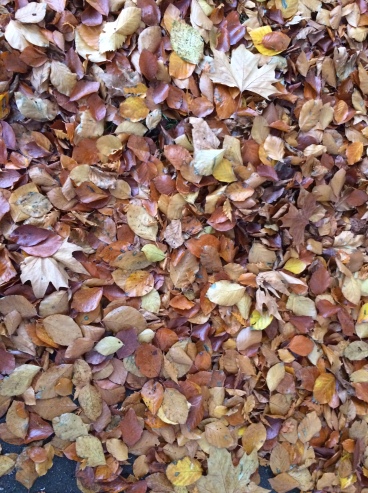 There was also a trip to London, when a walk through a damp and drizzly Kew Gardens was enlivened by the testing of the lights for their winter wonderland show. 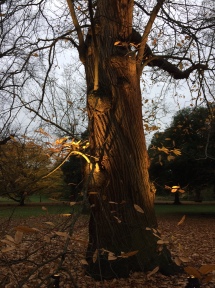 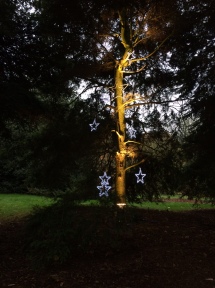 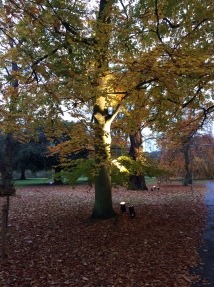 I seemed to spend a great deal of time at my desk without achieving very much at all! And I had an enforced absence from my work for 4 days after the neighbour’s cat, who has decided she would like to re-home herself, performed a four-paw keyboard command which locked and crashed my computer. She does a good line in ‘don’t mess with me’ looks, too…! 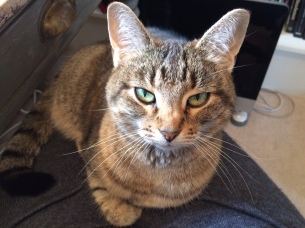 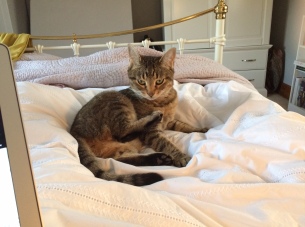 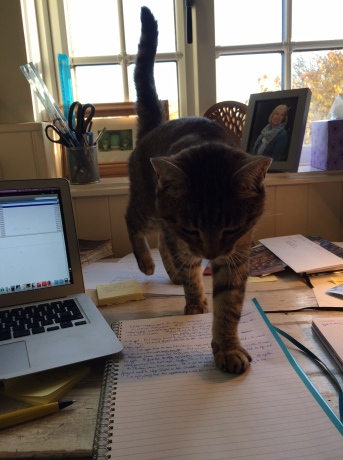 The linocut for the Christmas cover of the village magazine neared its final version, with striking Beardsley style yew trees. And the month went out with stormy skies again! 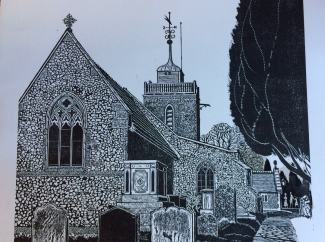 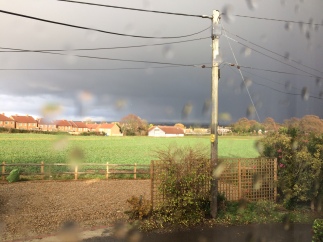