February – and the blog is a year old! The month started with some re-upholstery – only the second time that I have attempted it and it involved major use of a staple gun… But the two finished chairs looked good, I think. Then there were a couple of attempts to buy patchwork fabrics. I retreated, overwhelmed by choice both times. Lovely fabrics, but not quite right for the recipient of the cot quilt. 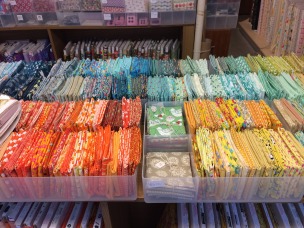 Some nice weather after a cold, crisp spell found me in the garden doing some early tidying after winter. It was even warm enough to have lunch in the garden three days running (the table is in a very sheltered, sun-trap spot)! The arrival of the paperback version of ‘Ella’s Journey’, looking very bright and summery, reinforced the idea that spring is on its way. 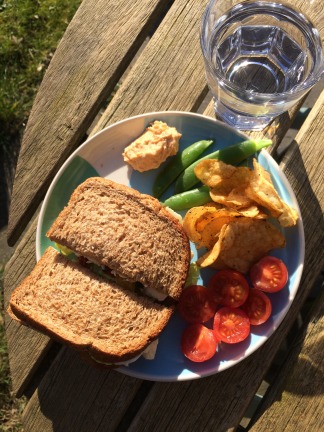 A trip to Goodnestone gardens to see the snowdrops bore out this promise, although it was a chilly day. Catkins, aconites and more snowdrops than last year suggested spring was almost here. 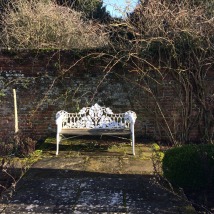 A walk along Deal sea front in a biting wind suggested otherwise, although the light was beautiful.

Hopes of spring were completely dashed by the arrival of the Beast from the East, which brought snowfalls and the most horrific wind chill. I wanted to get up to London to meet the snow baby, my first grandchild who decided to put in an appearance 4 weeks early, but I was thwarted by trains being cancelled and roads treacherous. Freezing rain, which turned windscreens, windows and roads to sheets of ice, was the final straw. Made it in the end, though! 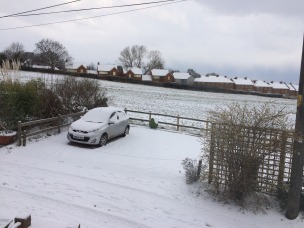 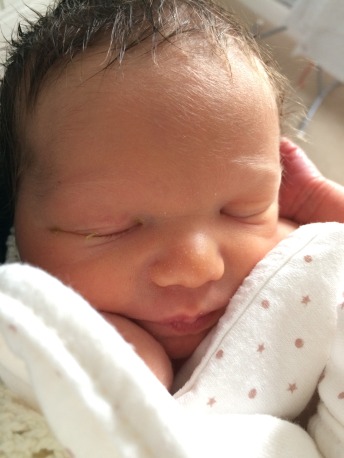